The health insurance penalty in 2017 will continue to be the same as in 2016 with one difference. The flat dollar amount will be adjusted for inflation and calculated based on the Cost of Living Adjustment (COLA).

The Penalty in 2016 Serves as the Baseline

In 2017, the 2.5% of household income penalty remains. However, if the flat dollar amount is greater, then you would pay the 2016 dollar amounts plus the Cost of Living Adjustment (COLA). 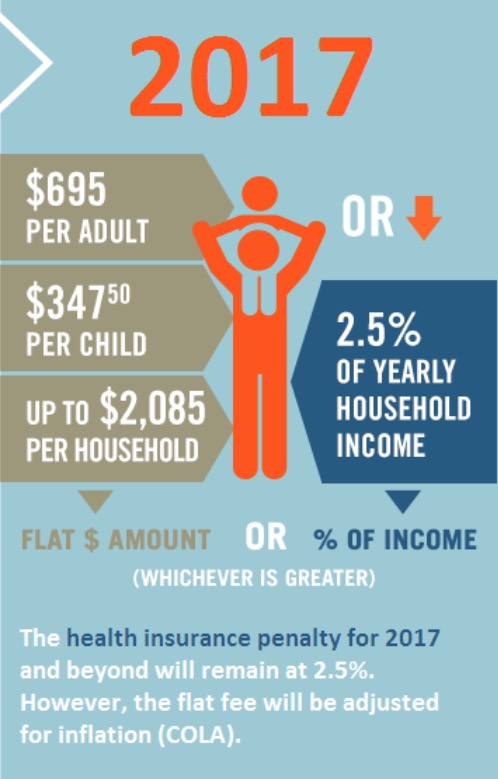 In order to avoid the Obamacare health insurance penalty, you will need to be covered on a medical plan that includes the minimum essential benefits. All of the Bronze, Silver, Gold and Platinum plans offered through the state and federal exchanges include coverage with these essential benefits.

The Mandate: 3 Months or More with No Health Insurance = Penalty

If you have no coverage for 3 months or more in 2017, then you will pay a no health insurance penalty when you file your taxes in 2018. This may mean you get less of a refund, or it might mean you have to pay more to the IRS.

Should I Try Avoid the Penalty?

Some healthy individuals who don’t visit the doctor very often have decided that they’d rather just go uninsured and pay the penalty. For many Americans, they can save thousands of dollars by not signing up for health insurance. 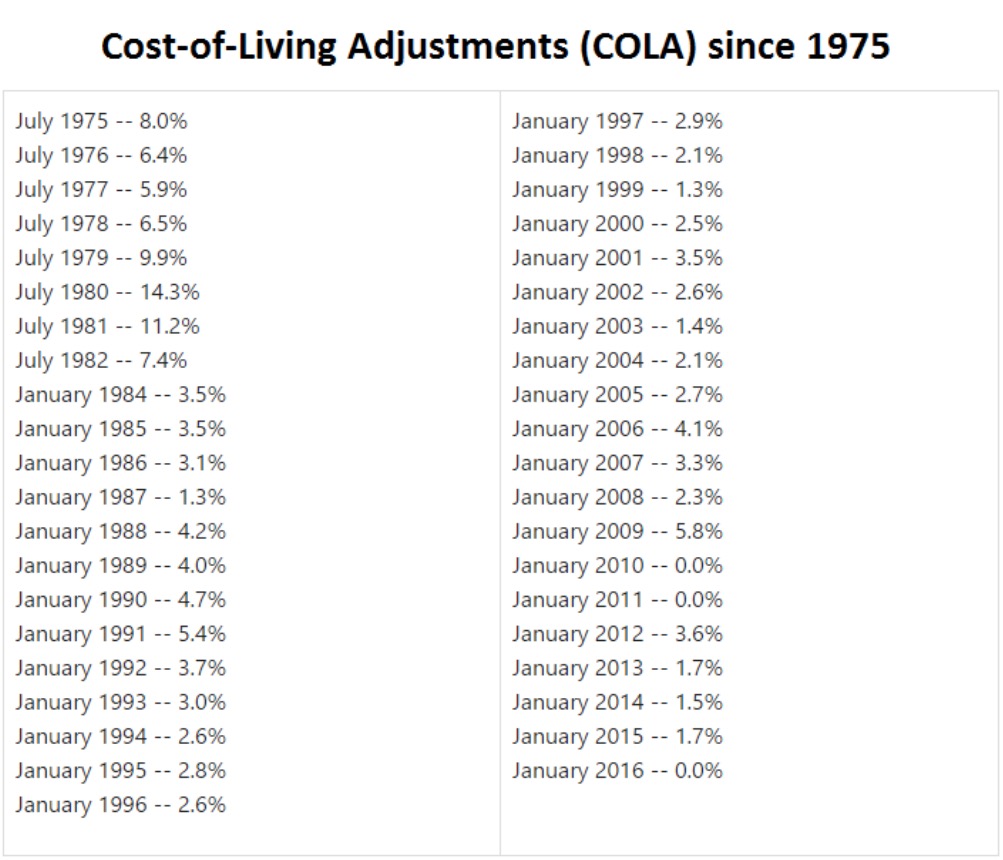 However, there’s a risk. We are all just one accident or one disease away from serious medical expenses. Many have played this game of Russian roulette and lost, ending up with tens of thousands of dollars in medical bills.

How to Avoid the Penalty

Short and simple, get health insurance coverage. View Obamacare Plans and Prices and then apply for Obama Care.

You might just want to get the cheapest coverage you can find. That way you don’t want to pay the no health insurance penalty, you have a just-in-case medical plan in place, and you won’t be paying too much on your monthly premium.

Also, keep in mind that you might qualify for government assistance on your premiums. In many cases, low income Americans will save money by buying a medical plan as opposed to just paying the penalty for having no health insurance.