It’s the Sick People Causing All the Problems 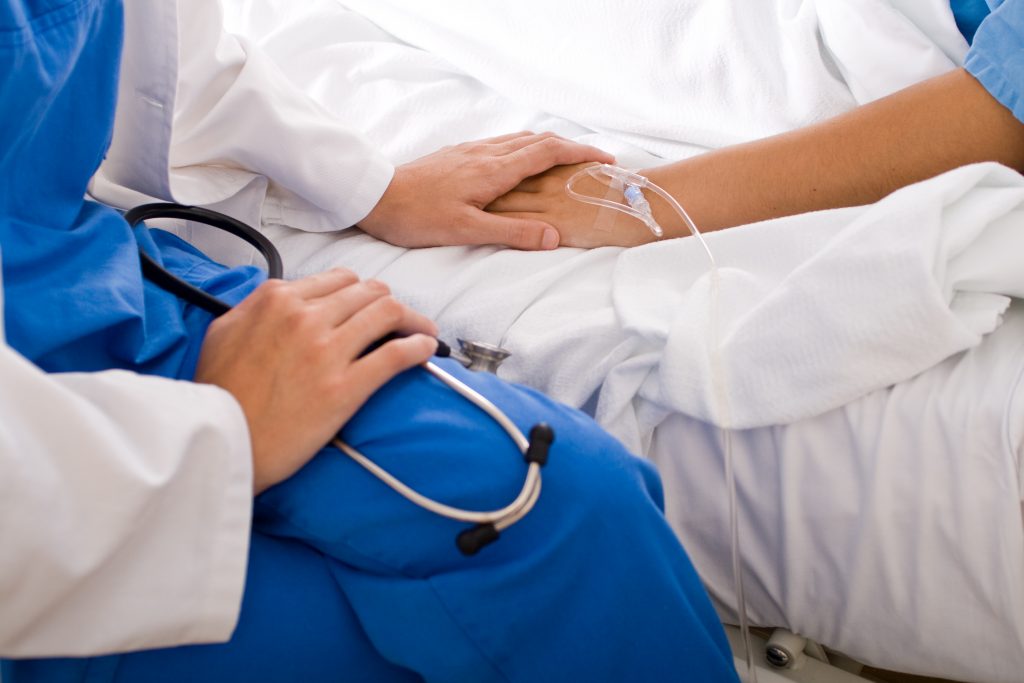 If people didn’t get sick, health care would be cheap, but it would also be unnecessary. As legislators are trying to deal with the issues surrounding health care in America, one of the key issues is how to deal with the incredibly high costs of servicing people with serious health conditions.

This is the primary concern of health insurance carriers. They need a healthy pool of members in order to stay in the black.

According to Jeff Smith, Blue Shield Covered California Individual and Family Plan General Manager, “A healthy pool means that 5% of members make up 90% of the costs”. When you have too many sick people in the pool, it’s upside down for the insurers and not sustainable.

It’s the top utilizers that are driving up the costs. High utilization of expensive surgeries, hospitalization and pricey prescription drugs makes it difficult to manage the costs of health care in America.

It’s actually a small percentage of the population that is driving up the costs. In Alaska, they have zeroed in on 53 insured members who are driving an enormous amount of health care costs for the state.

That’s 53 people with faces and names. When people start thinking this way, it’s hard not to consider, “If we could just ship those 53 people off to Canada, then we’d be in really good shape.” Other states have not narrowed it down to a certain group of specific people, but they are still aware that the big problem in health care is these high utilizers.

Some religious groups have figured out a way to greatly reduce the amount of sick people in the pool. They have formed cooperative health care groups which require certain levels of “moral” standards, which tend to translate to a healthier risk pool.

Members are required to abstain from sex outside of marriage, abstain from illegal drugs, abstain from excessive alcohol consumption and attend religious meetings regularly. Often, they must have a member of the clergy vouch for them on these issues on a regular basis.

Thus, member pools in these cooperatives tend to be healthier. They have a much lower rate of STD’s and they tend to have less health issues related to drugs and alcohol. Also, having a religious community tends to make this group a healthier group psychologically, which results in less need for counseling services and psychotropic drugs.

Surprisingly, under the Affordable Care Act, these religious health cooperatives were supported by the law. Members in these cooperatives were exempt from the mandate and the penalty even through these groups do not offer what technically would be considered as true health insurance.

Perhaps this may solve the problem for religious people, but what about the rest of America? And, if healthy religious people flock to cooperative health groups, this could make the pools of insured members outside of these groups more sickly.

Another idea toward achieving healthier pools is to make laws that would reward health and punish unhealthy practices. Already, higher taxes have been proposed and even put in place in some cases for substances deemed to be unhealthy such as tobacco, soda and even bagels.

But this brings up a serious concern regarding the intrusion of government in the everyday lives of people. Should the government be monitoring what people eat and drink, how they exercise and what sexual practices they engage in? At first, most Americans would say, “Absolutely not!”

However, once Americans find out that gluttonous eaters, the sexually promiscuous, and abusers of alcohol/drugs are driving up their health care costs, they tend to be more open to the idea of making these people foot the bill rather than themselves.

The Cost and the Ethics of Health Care

If the government is footing the bill for health, should the government have something to say about how healthy people are and what they consume? What about end of life care? Who decides when someone dies? Who pulls the plug? What about euthanasia? Should end of life be determined by relational closeness, by government appointed “death panels”, or should it be determined by who is paying the bill to keep this person alive?