Did Molina Healthcare Take a Misstep? 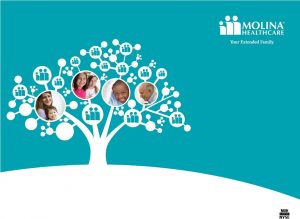 Things are getting shaken up at Molina Health Care. In the last month, the company terminated two top executives from the Molina Family, chief executive J. Mario Molina and his brother, finance chief John Molina. The company blamed this on “disappointing financial performance”. When you put that together with the bold moves Molina Insurance made in California in 2016 (very aggressive pricing, high broker commissions, and rapid gaining of low risk clients leading to RAF penalties), it seems that Molina may have taken a misstep that they are trying to recover from.

From 2016 to 2017 Molina Healthcare increased their Individual and Family Business from 53,000 to 180,000 members. They nearly quadrupled their book of business. Top leaders at Blue Shield of California question whether this was a mistake that could lead to rate increases of around 25% for 2018.

Any way you look at it, Molina made a gutsy move. They offered some of the highest broker commissions in the market and priced their plans incredibly low. “I’m not sure how sustainable that is,” commented Jeff Smith, Blue Shield Covered California Individual and Family Plan General Manager.

They offered lowest price rates in all counties they serve and for all four metal tiers (Bronze, Silver, Gold and Platinum). The result was that they dramatically increased their business.

With this move, they actually attracted a lot of healthy members. Normally, a healthy pool is the medical insurance carriers dream. Healthy member mean lower utilization and ultimately lower costs and greater profitability for the carrier. However, some in the market think that they forgot about one very important provision of the Affordable Care Act, Rick Adjustment Factors.

Molina targeted the price-shoppers who are looking for the cheapest thing out there. Price shoppers tend to be healthier individuals. People with serious health problems tend to choose the more expensive plans thinking they will get better care and save money on their high utilization.

Molina is expected to pay fees of around $200,000,000. Somehow they are going to have to pay for this expense. Competitor health plans, who may be a little jealous of Molina attracting so many healthy members, postulate that Molina will have to raise their rates in order to deal with this huge financial blow.

There’s are a couple of big questions on everyone’s minds. Was this a surprise? And, are they going to be able to handle it without pricing themselves out of the market?

First, was it a surprise? The buzz in the market is that Molina’s top leadership and vision creators are very sharp, and they had to see this coming. However, the ACA is a complicated beast with a lot of details. Could they have overlooked this one?

Molina has done very well in the Medi-Cal and Medicaid markets. So, they saw themselves as being very poised to do well in Covered California. In dealing with Medicaid, they were dealing with government health insurance (somewhat similar to Covered California); however, they did not have to deal with Risk Adjustment Factors in that market. So, did Molina Healthcare get overconfident and make a misstep?

They are presently fighting to have these fees decreased in court, so it does seem that they did not see this coming. At least, they didn’t foresee that the price tag would be so high.

Second, will Molina be able to withstand this hit without pricing themselves out of the market? If we’re talking only 180,000 members, it seems that such fees could really rock their world. However, one advocate for Molina stated, “We are hoping that the rates will continue to be reasonable as they only want to make a small margin and they have good contacts with medical groups and hospitals. They have millions of Medi-Cal members that help them spread the risk.”

In short, Molina probably was at least a bit surprised by this $200 million hit. And, if they don’t fare well in court, they likely will have to raise rates to make up for this loss. Will they price themselves out of the market? Likely not. They are a robust company and their rates are so low to begin with that there is room for them to raise rates more than other carriers and still be competitive. In 2018, carriers on average are likely to raise rates around 7-14%, but Molina’s rate hike will probably be a bit more.