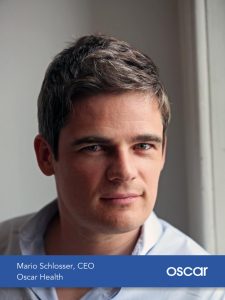 Oscar Health Care CEO, Mario Schlosser, is known for being super smart and very tech-savvy. However, he hasn’t been the biggest advocate of the broker.

Schlosser has made some anti-broker comments. He spoke of agents as if they were a necessary evil. Light on the necessary, heavy on the evil. He went so far as to say that brokers make a “shit load of money”, and he acted like brokers do little more than confuse customers.

Why Oscar Questions the Value of the Broker

Even though I am a broker myself, I understand where Schlosser is coming from. He’s running a health plan. It’s difficult to make a health insurance company profitable, especially now that the Affordable Care Act in California and across the country has outlawed health insurance denials.

Guarranteed issue coverage means that health plans like Oscar have to insure anyone who applies. That includes people who are already taking extremely expensive prescriptions drugs on a monthly basis. That includes consumers who are dealing with expensive chronic conditions and individuals who are waiting to get costly surgeries.

Anything a health insurance company can do to save money as a health plan without reducing quality of care is very welcome. So… Decrease broker commissions or just stop paying brokers alltogether. Why not? It would save money.

Many health insurance companies have had similar thoughts about cutting broker commissions. However, the opportunity to sell their product more quickly through the broker distribution channel tends to outweigh their desire to stop using brokers.

Oscar health insurance is technology-driven. They are on a mission to make health insurance easy to understand and simple to use. They trust themselves. They don’t trust the other carriers, and at least Schlosser doesn’t seem to have a high degree of trust in brokers.

The Sales Department and the CEO

So, I wasn’t sure how supportive of brokers Oscar would be. In a meeting with Oscar Health Plans California Sales Leader, Dennis Negron, he acknowledged these negative remarks by Mario Schlosser. Mr. Negron said that he was actually in a meeting with Schlosser where they discussed the value of the broker. Negron himself had argued that brokers were needed for individual and family sales in California.

Negron tried to help the agents at Health for California Insurance Center understand where Schlosser was coming from by contrasting the California marketplace with New York. He said that Oscar health insurance is very strong in New York, and has basically taken the market in some areas. In New York, brokers focus on small and large group health insurance sales.

There is a strong broker presence in Long Island, New York, but outside of Long Island brokers aren’t really needed for individual and family enrollment. Thus Oscar has focused more on selling directly to consumers rather than tapping into the broker distribution channel in New York.

Negron said that Oscar’s main interest is in selling health plans. He said that if the consumers want to use brokers, then Oscar health care is willing to support that. In California, health insurance brokers make about 50% of the sales. Negron used this fact to make the argument to the Oscar CEO and other top leaders that, at least in California, Oscar needs brokers.