In the 1990’s the HMO, Health Plan of the Redwoods (HPR) disbanded largely due to their reimbursement being too high. At 125% of Medicare fees, they were reimbursing at a level that was not sustainable. When HPR disbanded, their former members switched to other health insurance carriers, often to Kaiser Permanente which is the leading HMO in the Northern California area. Even consumers who switched to Health Net, Anthem Blue Cross or Blue Shield of California often ended up having to switch providers. For many doctors who had been getting a large percentage of their patients through HPR, this left them with a crippled practice and the need to rebuild their clientele. Northbaybiz.com commented on the situation: 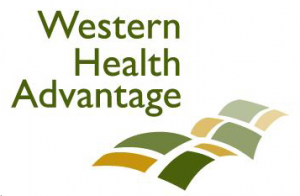 “The closure of a local HMO, Health Plan of the Redwoods—once Sonoma County’s premier health maintenance organization—zinged a lot of physicians. Even before the HPR bankruptcy, some doctors struggled to keep their practices open and pay their mortgages as the HMO and managed care environment deteriorated around them. Some packed up and left the state. Under the circumstances, it’s remarkable to me that, according to a recent survey, local doctors still devote nearly half of their time to offering care without adequate, or in some cases any, compensation. If doctors are no longer on the pedestal, they are still incredibly generous with their time and skills.”

These doctors and the medical groups they were associated with (Mercy Medical Group, North Bay Healthcare, and UC Davis Medical Group) came together to form Western Health Advantage in an effort to regain the clients that they had lost through the collapse of Health Plan of the Redwoods. WHA, having learned their lesson from HPR, chose a reimbursement level around 116% of Medicare for sustainability.

Western Health Advantage is an Accountable Care Organization (ACO). WHA partners with medical groups, hospitals, clinics and doctors. There is a fee for providers to join. Many providers have sought out WHA independently and paid this fee to join because they believe in the Western Health Advantage model. WHA uses 7% of premiums for administration costs, and paying commissions to insurance agents. The rest of the premiums are returned to the providers to insure they have the financial backing to provide excellent care.

WHA started by offering health care coverage to small companies. In the 90’s, they added some large groups including some municipalities and school districts. In the last few years, they also added individual and family coverage. They attribute their success largely to their values and their core senior team that has remained with WHA since their inception in 1996. Some of their values include:

No Medicare or Medi-cal Through Western Health Advantage

WHA stopped offering Medicare and Medi-Cal coverage in 2007 because they were not profitable for their providers. This means that their members usually leave them when they hit 65 or when their income drops to the point where they end up going on Medi-Cal (California’s version of Medicaid). WHA is considering bringing this coverage back in the future, but currently there are no plans to do so.