Trump and Hillary on Healthcare 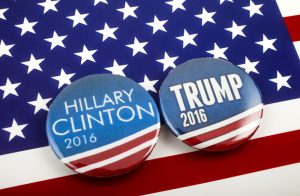 The presidential candidates for 2016 are at odds in so many areas.  But where do they stand on Obamacare for California?  What about other pressing health care issues concerning Californians and the nation?

The chart below shows some of the ways where Trump and Hillary have different stances. They do however have some similar goals. Both Trump and Hillary want to make healthcare more affordable and available to all Americans. Additionally, they both support reforms for improving mental health care and lowering prescription drug costs. But it is in the “how they want to accomplish further healthcare reform” that they show the greatest difference.  Trump supports controlling costs by enforcing immigration laws, eliminating fraud and waste and energizing our economy.  While Hillary supports creating more government programs and increasing funding for community health centers. 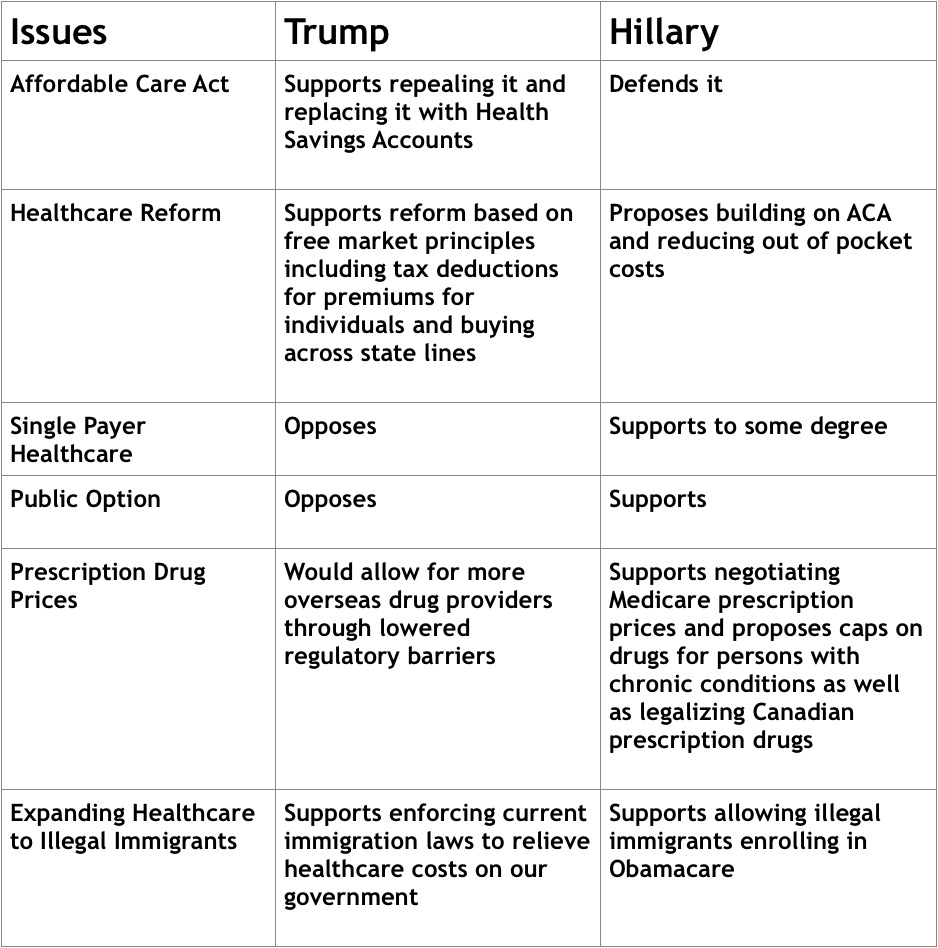 When evaluated by a team of economists at the RAND Corporation, the suggested reforms by these candidates could result with drastically different outcomes. In their report, “Estimating the Impacts of the Trump and Clinton Health Plans,” dated September 23, 2016, senior economist, Christine Eibner, said:

Needless to say, voters need to be critically aware of the issues that affect our nations’ health care and keep them in mind when they vote for the next president of the United States.