When the Affordable Care Act (ACA) became law, health insurance plans were repackaged, and categorized into 4 metal tiers: Bronze, Silver, Gold and Platinum. Covered California took this a step further and streamlined all the plans they offered on-exchange, so they became a real “apples to apples” comparison. 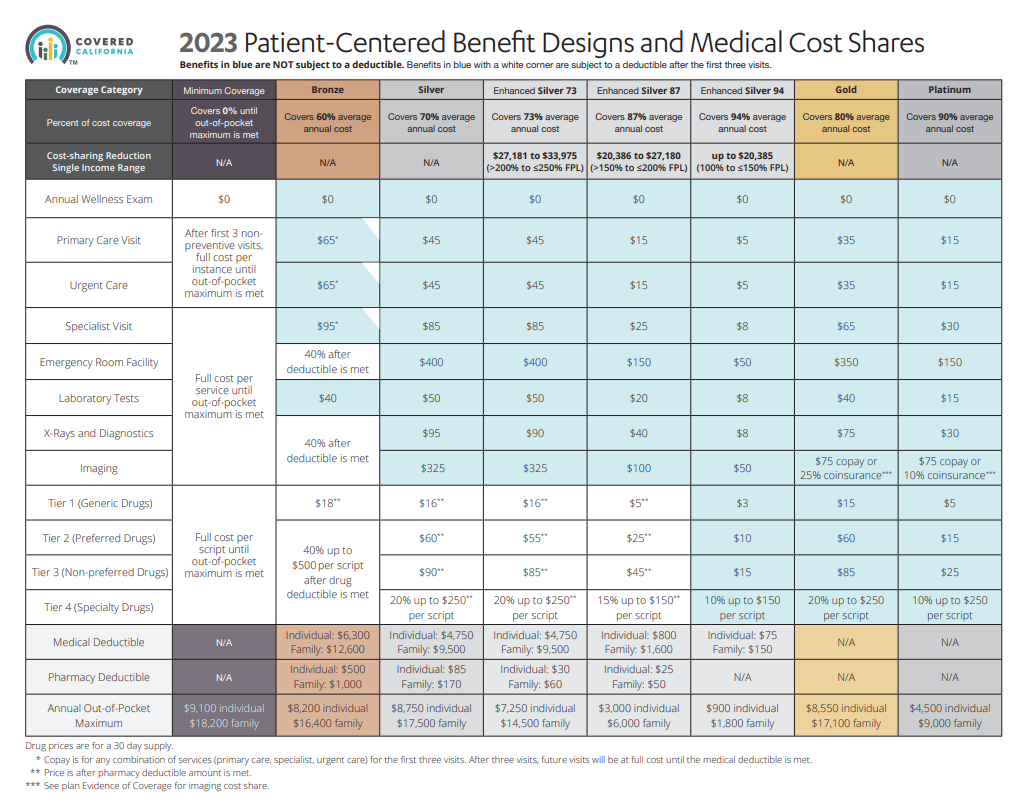 The silver tier is the most popular, so using it as an example, if you were looking at all the Silver 70 plans on the Covered California marketplace, there would be no plans benefit differences. You would only have to decide which carrier you want, and whether you want an HMO, EPO, PPO or HSP. These acronyms represent the type of network you would have access to and essentially which doctors, and hospitals accept your insurance.

Generic Drugs: Full price up to $500 per script after drug Ded

Hospital: 20% after deductible up to OOP Max

The metal plans categories help identify how much you would pay of estimated average medical costs, compared to how much the insurance company pays. It has nothing to do with the quality of care given.

All plans include the 10 Essential Health Benefits that are required to be covered by law.

Below you will see a summary of the 4 metal tiers along with the minimum coverage plan.

Generic Drugs: Full price up to $500 per script after drug Ded

Best For:
A healthy individual/family that does not have medical conditions, but wants insurance just in case something major happens

Best For:
A healthy individual/family that wants to take advantage of tax savings, and plans on putting money into a special bank account called a Health Savings Account. This money can be used for medical expenses and the money roles over from year to year.

This is considered a major medical health plan so it would be good for someone who wants catastrophic coverage. In addition, those that prefer alternative medicine find this an attractive option as many of the services can be paid for with money from an HSA. Check the IRS publication 502 as to what medical services are eligible.

Hospital: 20% after deductible up to OOP Max

Best For:
A healthy individual/family who want an affordable middle of the road Obama Care plan that offers reasonable copays for common services such office visits, lab work, and generic drugs

Best For:
A healthy individual/family that frequently uses medical services and/or wants an Obama Care plan without a deductible

Best For:
A healthy individual/family that frequently uses medical services, wants the best Obama Care plan available with the least out of pocket costs. Deductible: None

Best For:
A healthy individual/family who is 30 years old or under, does not qualify for premium assistance, and whose main concern is affordability

Important to Note:
Government assistance (subsidies) cannot be applied in reducing the premiums for this plan. It is available only to those 30 and under as well as those who meet the hardship exemption. 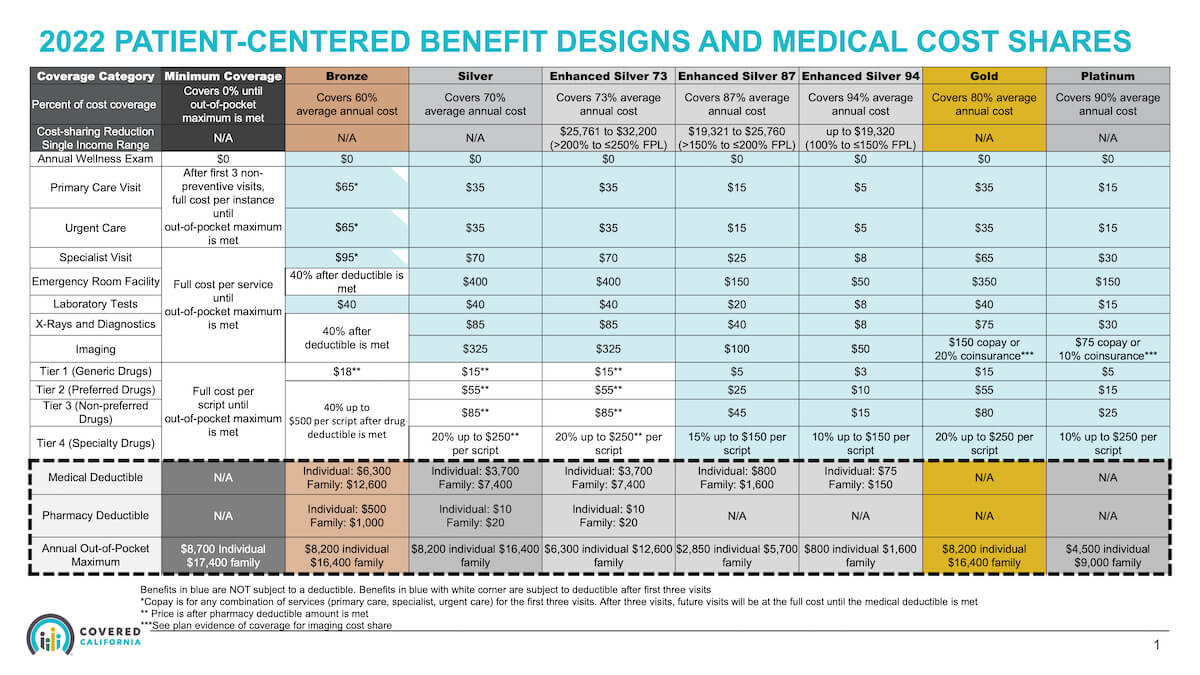