History of Health Insurance and 2019 & Beyond Projections

Health insurance has not always been a necessity of American life. The relatively recent invention of health coverage merged into the concept of employer-provided insurance. Health insurance’s history and future are tied directly into the care the policies pay for. Understanding one requires a knowledge of the other. Here’s what makes health insurance in the United States so unique.

What Is Health Insurance?

Health insurance is a way to protect your future finances by paying monthly investments to an insurance company. When you need health care, the insurer covers all or part of the cost, depending on your plan. In America, health insurance has evolved from non-existent to a luxury to an employer-provided benefit to a requirement.

Insurance typically comes in two forms: public and private. Your employer may pay for private plans, or you can purchase the coverage directly from an insurer. Most Americans carry a form of private coverage. Meanwhile, the government subsidizes public plans for certain groups of people — Medicaid covers low-income individuals while Medicare covers the elderly.

Why Was Health Insurance Created?

Initially, people paid what they could for professional health care, which often meant people went without, seeking care only in life-or-death situations. The avoidance of hospitals came from their poor reputation. Hospitals improved in their care and success rates, especially with the introduction of sanitation measures and antibiotics. The new drugs were expensive, and despite their improvements, hospitals still couldn’t attract patients due to the costs.

The earliest inklings of what would evolve into health insurance appeared in lumber companies in Washington state in the 1890s. At the time, the companies paid a pair of doctors to offer care to their employees. The company-provided care reduced time off at a time when manual labor provided the bulk of the companies’ productivity.

Hospitals in Texas banded together in 1929 to create a means of helping patients pay for care. This first health insurance, Blue Cross, helped cover the costs of a hospital stay. Dallas-area teachers were some of the first to benefit from hospital expense coverage in return for a 50-cent monthly premium.

Eventually, the idea caught on with the local media and spread through the north Texas area until three million people were members of Blue Cross in 1939. The plans would cover a $5 a day, 21-day hospital stay, which today would cost $525. The insurance allowed teachers and other earners of modest incomes a means of avoiding bankruptcy if they required medical care. Unlike today’s health coverage, Blue Cross started as a not-for-profit organization to keep hospitals open and help protect people’s finances.

At the time, Blue Cross did not pay for doctors’ visits, though. In California, another group sought to solve this problem by creating Blue Shield to cover doctor visits. In 1939, the two merged to become the insurance company Blue Cross Blue Shield, which still operates today.

During the 1930s, innovations in medicine meant hospitals could save lives that would have been lost in the past. These discoveries, such as intravenous anesthetic also increased the costs of care. Insurers offering $5 a day coverage for a hospital stay would no longer cover the required expenses. The demand for insurance that would pay for the higher costs was soon to increase dramatically.

During the Great Depression, people scrimped any way they could, including by cutting out pricey hospital stays. Despite the widespread availability of Blue Cross in most states in the country, it remained unpopular in an economy where people cut out extra costs as much as possible. When World War II broke out, American men flocked to enlist in droves, but those who stayed behind needed jobs, mainly to fuel the manufacturing machine of the war.

To encourage people in the smaller workforce to come work for certain factories, the owners began offering incentives, such as health insurance with the jobs. A law passed in 1942 froze wages, preventing companies from using higher salaries to attract workers.

In 1943, the Internal Revenue Service changes how it treated health insurance benefits from employers. Now, they were tax-free. Later, in 1954, additional laws made getting health insurance from an employer even better on tax rolls. In fact, the numbers showed how many people took advantage of the new regulations. In 1940, only nine percent of those in the United States had health coverage, but by 1953, this number ballooned up to 63 percent of the country.

Another leap in medical advancements during the 1950s, such as the Polio vaccine, doubled the cost of care from a hospital. The higher prices made insurance even more of a requirement, but those who did not have employer-provided insurance found themselves in positions where affording coverage was difficult. To help the elderly and indigent afford health care, President Johnson signed Medicaid and Medicare into law in the 1960s.

Under President Nixon, health maintenance organizations (HMOs) became the new name for group health plans. PPOs weren’t created until the early 1970s to give consumers more freedom in their choice for physicians. Both of these plan types are still available today, in addition to variations on them.

Today, many Americans expect health insurance benefits with their jobs. The United States is the sole country on Earth with such a reliance on employer-provided health coverage.

How Has It Changed Over Time?

Initially, health insurance was designed to cover only major problems. If you needed to go to the hospital or to get surgery, that was what the insurance would help pay for. It was not intended to pay for doctor visits or preventative care. Those things were up to the individual.

Over time, health insurance evolved to cover the increasing costs of health care. Finally, by 1994, the original Blue Cross organization, which had grown significantly, allowed for subsidiaries to become for-profit insurers. The change was significant. When still not-for-profit, 95 cents per dollar of paid premiums went toward covering medical care. After the company’s policy shift, that amount dropped to an average of 80 cents per dollar, with some even less.

The Affordable Care Act (ACA) was designed to make the insurers pay more of premiums toward care, up to 85 cents per dollar. Another change the ACA brought was making health insurance no longer optional. Today’s insurance plans cover everything from preventative care and therapy to major medical expenses. Policies now are vastly different from the original plans that only covered hospital stays. The prohibitive cost of all types of care contributes to this and makes carrying insurance a requirement in life now rather than an option.

Why Do We Need Health Insurance?

Insurance makes it possible for the average American to afford medical care without going bankrupt. Among those without insurance, 20 percent went without care because they couldn’t afford to pay out of pocket. Even more of uninsured, 24 percent, put off looking for care. A full 50 percent of those without health insurance did not have a place to turn to if something did happen to their health.

Carrying health insurance makes it possible to seek treatment when something is wrong. You also don’t have to worry about the cost of finding preventative care when you’re insured. Taking charge of your health by visiting your doctor for checkups can help you spot problems early while they’re still treatable. Purchasing health insurance is a step toward protecting both your health and finances.

When selecting health plans, you will have many options. Knowing the differences between HMO, PPO and other choices will help you make a more informed decision. Here’s what those acronyms mean:

Changes occur to the health insurance field each year, and 2019 is no different. For the coming year, expect a rise in premiums. The LA Times reports a 16 to 30 percent rise in premium costs. These increases in the cost of insurance are tied to both a seven percent increase in the cost of care in addition to the costs of federal policies. Luckily, those covered by federal subsidies will not be severely affected by the rise in premiums. Those who don’t qualify for subsidies are most likely to bear the burden.

Another major change seen in 2019 is the abolition of the mandate to carry health insurance. The order required proof of health coverage when filing taxes or paying the penalty. Without the penalty to enforce coverage, many people may drop their insurance. But, as seen, not carrying insurance is a bad idea, especially in light of how expensive paying for medical care is.

Does this mean you should avoid getting health coverage in 2019? Of course not. Despite the higher premiums, it will still cost you less money to pay for insurance than for the ever-increasing cost of medical care out of pocket. Health insurance can protect you from devastating bills that may come if you’re not covered and have a medical emergency.

What Changes Can We Look Forward to in the Coming Years?

Beyond 2019, predictions are far from being set in stone. But looking into the crystal ball, some possibilities in the insurance field seem highly likely for the future based on current trends.

Some states and even cities are taking the reins in providing health coverage and incentives to their residents. States with their marketplaces and Medicaid expansions have the option to offer their residents the most insurance options. Also, states with state-supported markets tend to have fewer uninsured. For instance, Texas has the highest percentage of uninsured, at 18.8 percent in 2014. The only marketplace available was the federal one with no Medicaid expansions in the state. California, Washington and New York all expanded Medicaid and offer state marketplaces. In these states, uninsured levels are below 12.5 percent.

Federal funding of health insurance will affect the change in premiums. If the national government funds health insurance pools to reduce the impact of having a higher percentage of high-risk individuals, premiums could decrease. Estimates suggest federal spending on healthcare of $15 billion during 2019 and 2020 could cut rates by nine to 16 percent. With the number of uninsured likely to rise due to the repealed penalty, without federal money, premiums could increase even more.

Current models typically offer a fee-for-service, which means you may get multiple bills for a hospital stay to pay separately for your doctor, a specialist, the hospital itself and diagnostic tests. The future could move toward bundling these fees together with Accountable Care Organizations (ACOs). In 2014, the number of ACOs was more than 500 in the United States, with predictions for an increase. Future insurance payments with ACOs are more straightforward, based on the value the patient receives rather than breaking down the individual costs.

These future changes are far from guarantees. Many factors influence the health insurance field, including federal and state politics, economics and the health care industry.

How to Take Control of Your Health Insurance 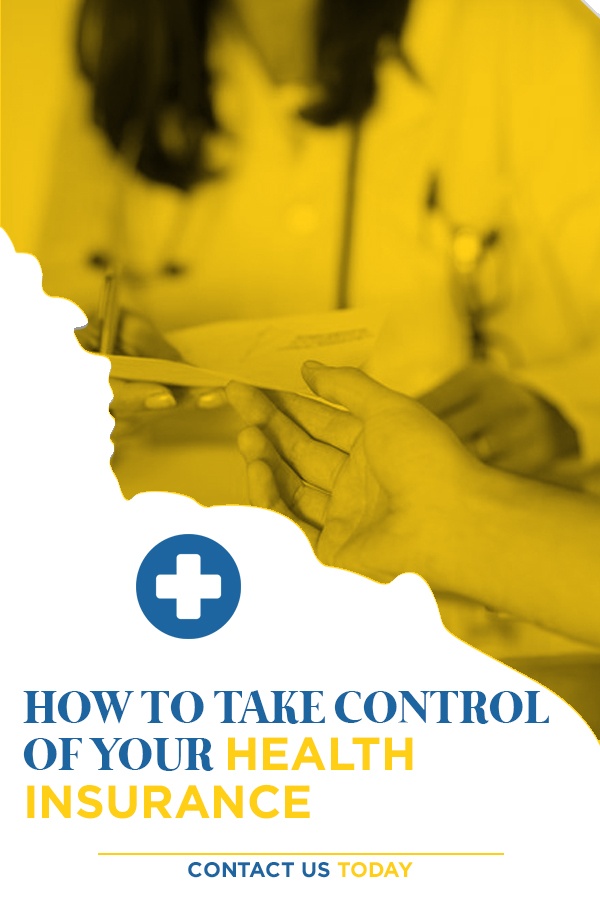 Even if you already have insurance but want to manage your costs, get a quote. Health insurance has mostly been out of individuals’ hands for years, but with the ability to compare plans and get quotes, you can change that now. Let Health for California help you get the insurance you need while also giving you a choice in your coverage. Don’t let another year pass without having protection for both your finances and your health. Sign up for health insurance today from Health for California.