State and Federal Subsidies for California in 2020

Health insurance consumers in California may be eligible for both federal and state subsidies in 2020. Federal subsidies have been available since the beginning of the Affordable Care Act in 2013. However, starting January 1, 2020, there will also be additional money for discounts on health insurance premiums funded through the State of California.

This is possible for consumers who are between 200% and 400% of the Federal Poverty Level (FPL). 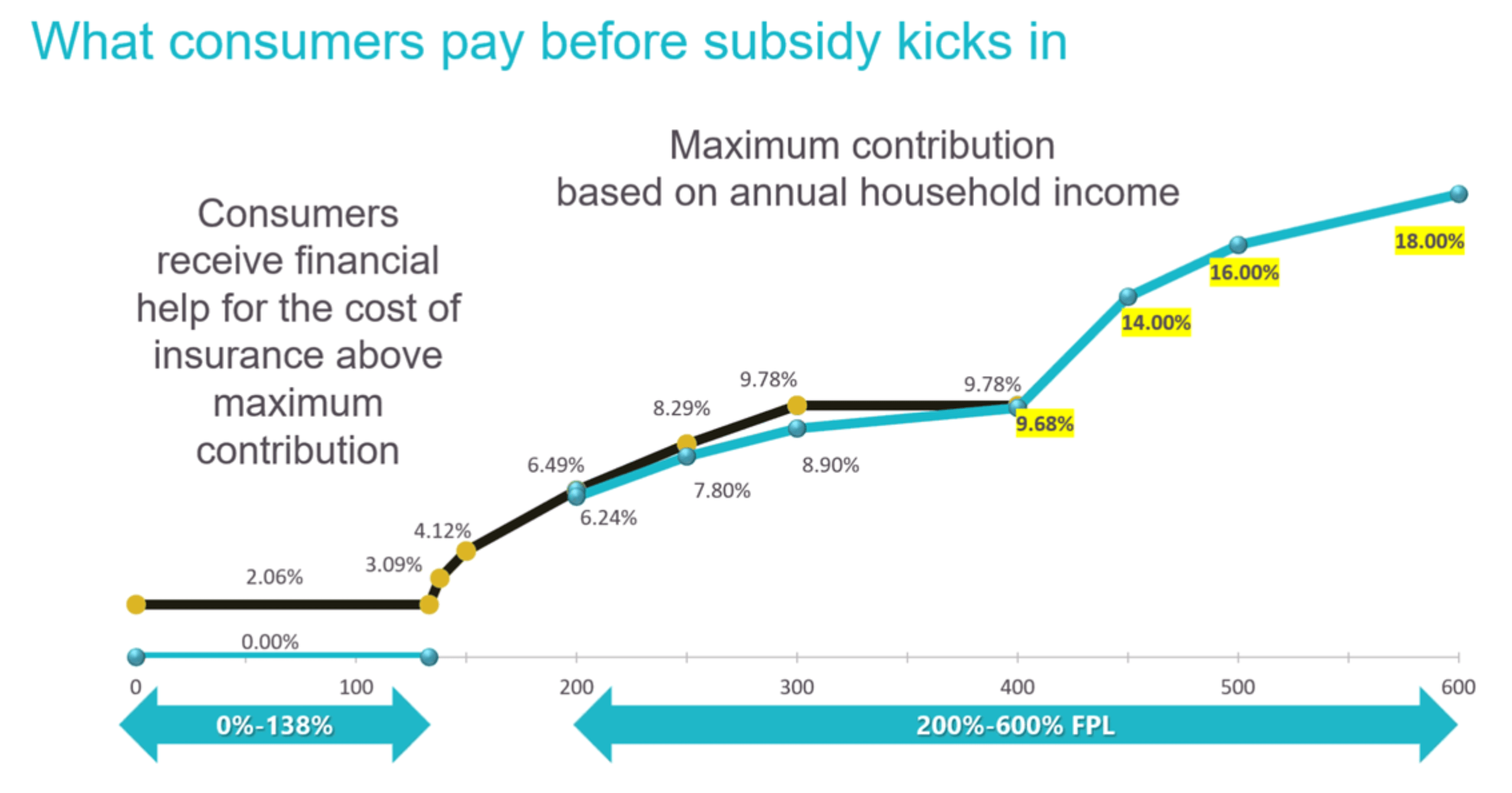 Those over 400% of FPL do not qualify for federal subsidies. However, starting in 2020 in California, those between 400% and 600% of FPL may qualify for state subsidies. For example, for a household at 500% of FPL, the subsidy kicks in at 16% of your income; if your health insurance premiums are over 16% of income, then the state of California will cover any additional costs through up-front subsidies.

You may qualify for state and/or federal subsidies based on where you land with regard to the Federal Poverty Level:

Peter Lee stressed in a webinar on Monday that state subsidies are only available to those who enroll through Covered California.

Peter Lee and his constituents at Covered California are hoping that legislators in Washington DC take note of the changes that are happening with health care in California. The increased subsidies last until 2022. They are hoping that by that point Congress will have made moves to follow in the footsteps of California.