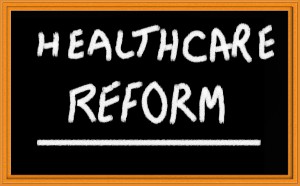 A small business client recently called asking for help in getting an employee health insurance. It was discovered that this employee had unknowingly been without coverage for 8 months. Months earlier there had been an internal company error in which the employee was never enrolled on the group health plan. In reaching out to us as their health insurance agency, the company was doing all they could to rectify the mistake.

Human mistakes are a part of life, and happen to the best of us. I think we would all agree with that. It didn’t seem right that the employee would need to suffer for a legitimate HR error which exposes them to large health and financial risks. Unfortunately, the insurance carrier of the group policy was not able to make exceptions based on their guidelines, and said the employee would need to wait until the company’s next open enrollment to get group coverage. Even though this wasn’t good news, I was pretty confident with the Affordable Care Act in place, there would be provision to get the employee enrolled on an individual plan. After all, it was President Obama’s goal of the new law that anyone who didn’t have health insurance could get it. For Californians, this was the basis behind Obamacare California.

In the past, anyone could sign up for individual health insurance at any time during the year. With the new healthcare law in place, you are only able to sign up for individual coverage during open enrollment which is generally a few months out of the year. To apply outside open enrollment a qualified event must exist. An example of this would be loss of coverage, a birth, marriage, a move to another state or area, etc. Some of you reading this may ask along with many of our clients, “That doesn’t seem fair, why did they establish an open enrollment? People should be able to get coverage whenever they want.” This is a legitimate question and one that deserves some attention. I won’t have time to address this topic now, but promise to give it fair discussion in another blog. 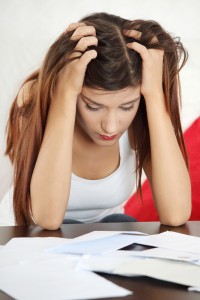 Our client was outside of open enrollment, so I tried to see which qualifying event this situation could be categorized under. I contacted one of the largest insurance carriers in the state to see if they would accept an individual application with the qualified event as “loss of coverage” mentioning that the employer would be more than happy to submit a written statement as verification of the situation. The response was this did not meet the technical meaning of “loss of coverage” and there was no qualified event they recognized that would accept this situation. They would not budge, and suggested I call our state’s health insurance exchange: Covered California.

In my experience Covered California has been fair in its dealings with customers: such as the time when they made accommodations for a client of ours to sign up for coverage outside of open enrollment because they missed the deadline due to a family death. They will also make allowances on a case by case basis for misinformation that is provided. Things happen in life and it seemed like Covered California understood humanity, and was willing to work with people. The first representative I spoke with was very quick to tell me they would not accept this situation as a “qualified event.” When I pointed out they were willing to make exceptions for mistakes made she again was quick to say this was specifically for mistakes made by their representatives, and other certified people and this did not include “employer mistakes.” I called a second time and spoke with another lady who was very kind who made further inquiries of her supervisor thinking there had to be a provision for this as well. She was very sorry to deliver the bad news to me that they would not be able to offer this employee coverage. She agreed that this didn’t make sense or seem right. I asked her to share this situation with her manager to hopefully help them see there are situations that exist that do not fit within their “special qualifying events list” so something can be done to provide insurance to those that are faced with the consequences of human mistakes.

Short Term Insurance was our last recourse. This type of insurance is not ACA (Affordable Care Act) compliant which means it does not cover the 10 essential benefits required by law. Because of this, if a person is without ACA compliant health coverage(with some exceptions) for more than 3 months out of the year, they will more than likely pay a penalty come tax time. That’s not fun to hear. Secondly, this policy only covers, more or less, catastrophic events. So in other words, the plan is very limited. But the flip side of the coin is that this plan will cover the employee for services costing up to a maximum of $2 million. It is definitely better than having no insurance at all. 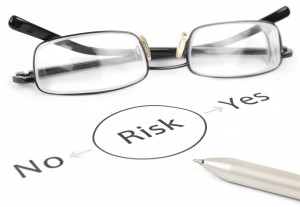 Not So Happy Ending

The ending of this story is not as happy as I had wished. My confidence level is not as high as it was at the beginning. My sincere hope is that our state will listen to people’s feedback and learn from situations like these, so they can take the steps necessary to make the Affordable Care Act and the processes to implement it a win-win for everyone.