Covered California, More Committed than Ever

According to Peter Lee, President of Covered California, the California State Exchange is “more committed than ever” to their mission of getting the resident of California covered with health insurance. The mission includes the following: 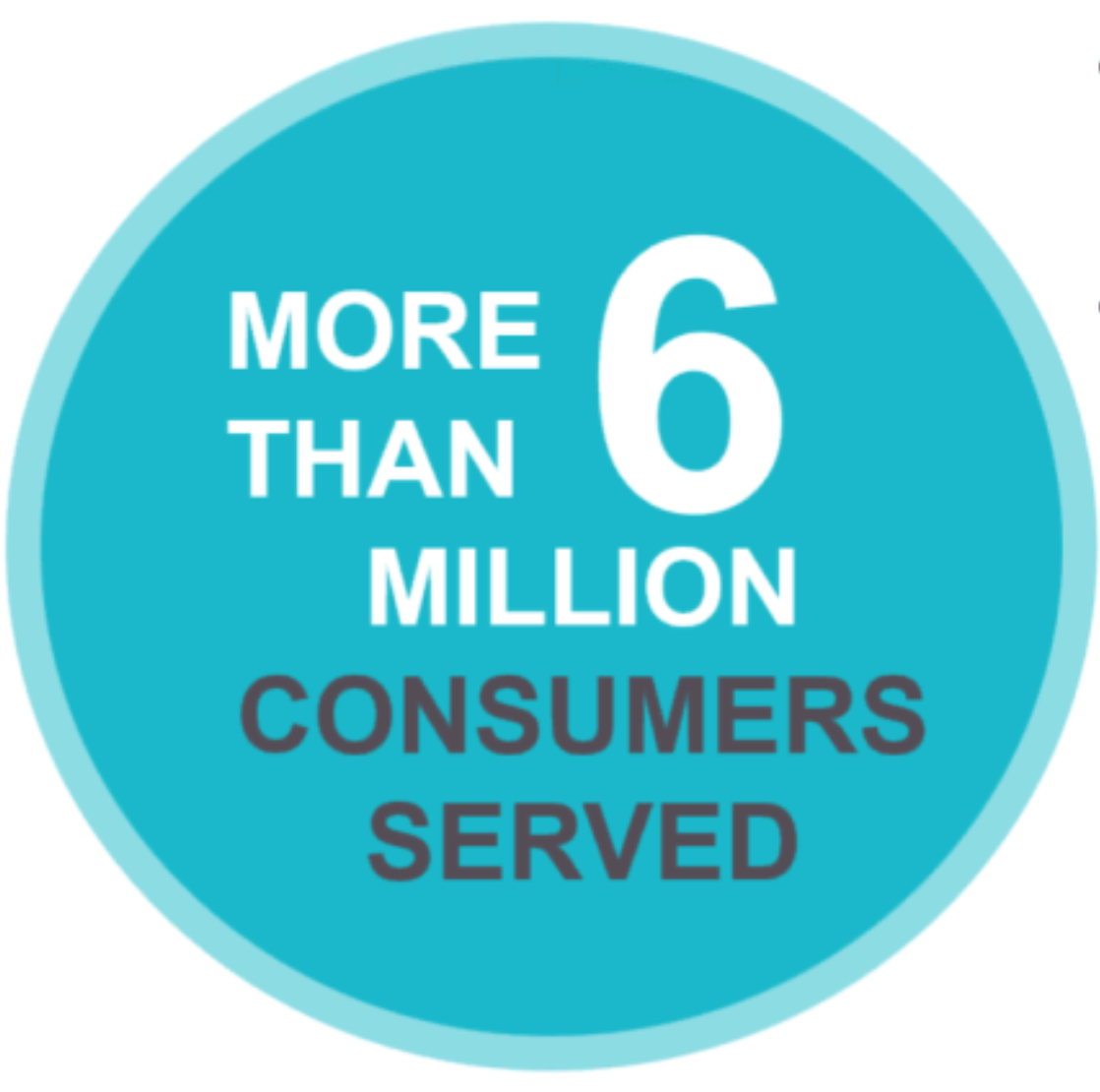 Also, more than 3.8 million people are currently enrolled in Medi-Cal because of the expansion of Medicaid through the Affordable Care Act.

Whether they enroll through the state exchange, off exchange or through Medi-Cal, according to Peter Lee, Covered California considers this a win. They just want people to get covered!

Currently, California sits at 7.7% uninsured. The statistic includes people (undocumented immigrants, etc.) who are not eligible for health insurance coverage. However, if you remove the ineligible, then the uninsured rate in California sits around 3%. 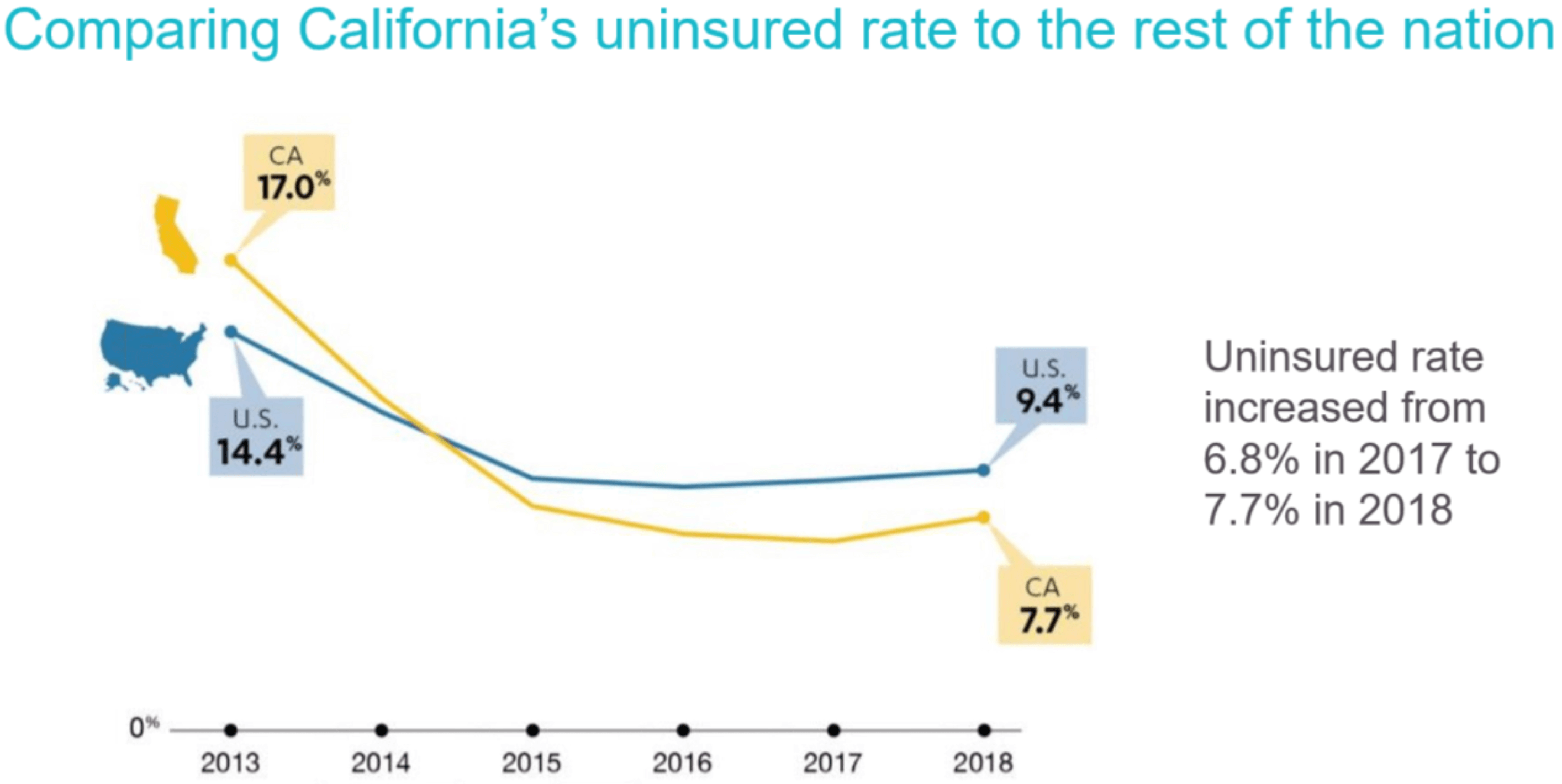 This is one of the lowest uninsured rates in the nation. Massachusetts is also low at 2.8 percent, and Vermont is at 4%. However, other states are doing far worse. Texas has an uninsured rate of 17.7% and Oklahoma is at 14.2%.

Covered California enrollment numbers grew extremely fast in the 2014 and 2015, jumping to 729,000 and then to 1.34 million. Since 2016, the numbers have remained around 1.4 million. There was a slight drop in 2019 due to political unrest and the Trump administration’s work to drop the penalty.

President Trump and his constituents did not actually remove the penalty. According the ACA, health insurance coverage is still required and there still is a penalty. However, conservatives in D.C. were able to lower the penalty down to $0, which is basically the equivalent of removing the penalty for the time being.

However, should Democrats with to change things back once Trump is out of office, that might not be very difficult. They wouldn’t have to add a penalty. They only would have to increase it up from $0. 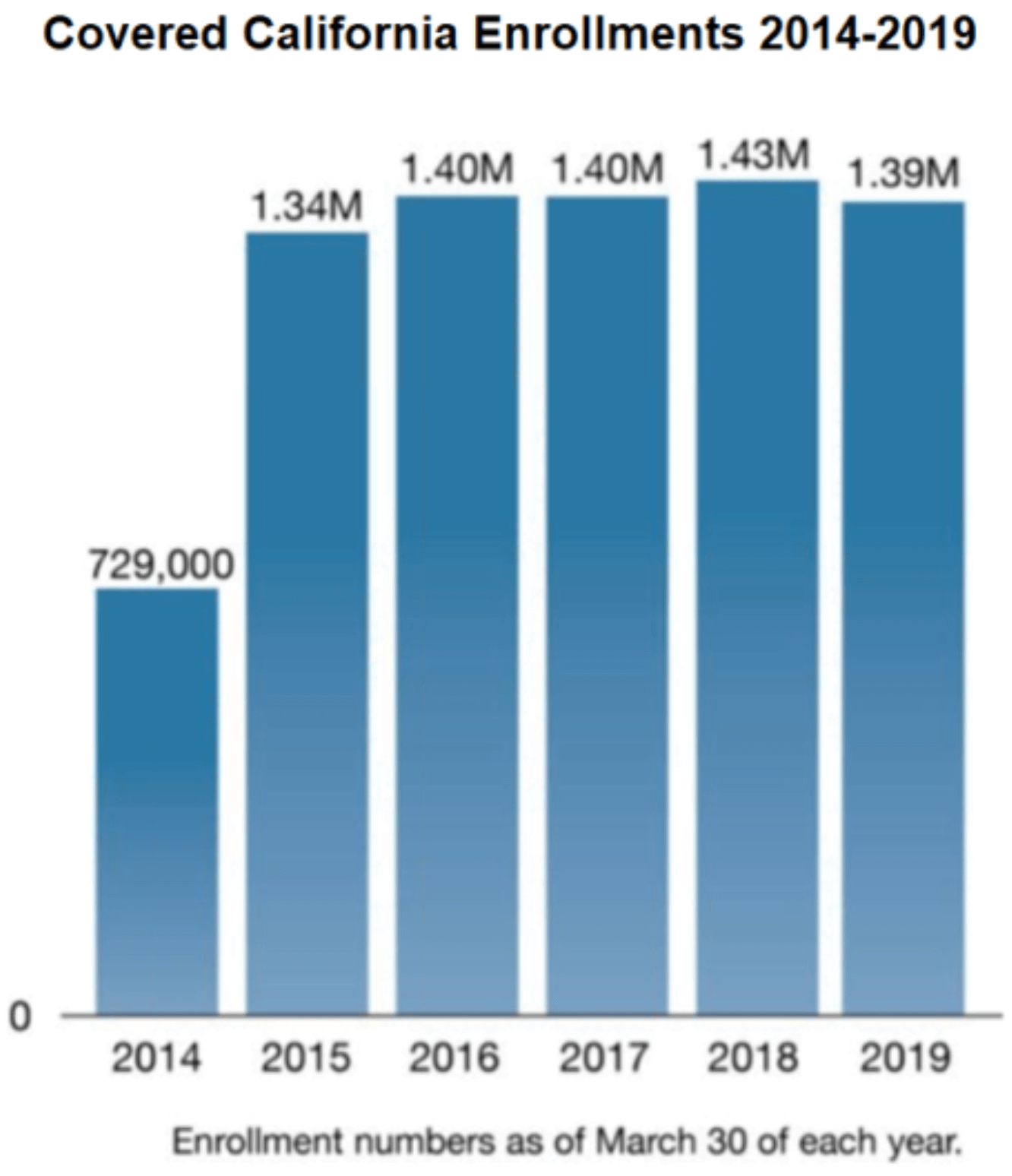 As a result of this zeroing out of the penalty, California health plans increased their premiums on average 8%. And, Covered California experienced a 23.8% drop in new consumer enrollment.

Also, active renewals dipped by 2.5%, which was surprisingly good. Many expected more consumers to drop out of the market once the penalty was removed.

This too Covered California considered a win. They concluded that there message of the value of being insured was getting through. And, even without a penalty, many Californians were convinced of the importance of being covered.

Also, in 2019 consumers were bombarded with many unqualified healthcare options. These plans did not meet the minimum standard coverage required by the affordable care act. Some of these plans were Health Care Sharing Ministries, which had religious affiliations.

Covered California and the State Legislature have considered whether or not they should take action to oppose these Health Care Sharing Ministries such as MediShare, Aliera Healthcare, OneShare, Samaritan’s Ministries and more.

When Sacramento worked on legislation to implement a new state penalty to replace the missing federal penalty, at first they considered not allowing these Health Care Sharing Ministries to be exempt. However, in the end they decided to mimic the Affordable Care Act and allow those enrolled in one of the six Health Care Sharing Ministries that existed before 1999 to remain exempt from the California state penalty. 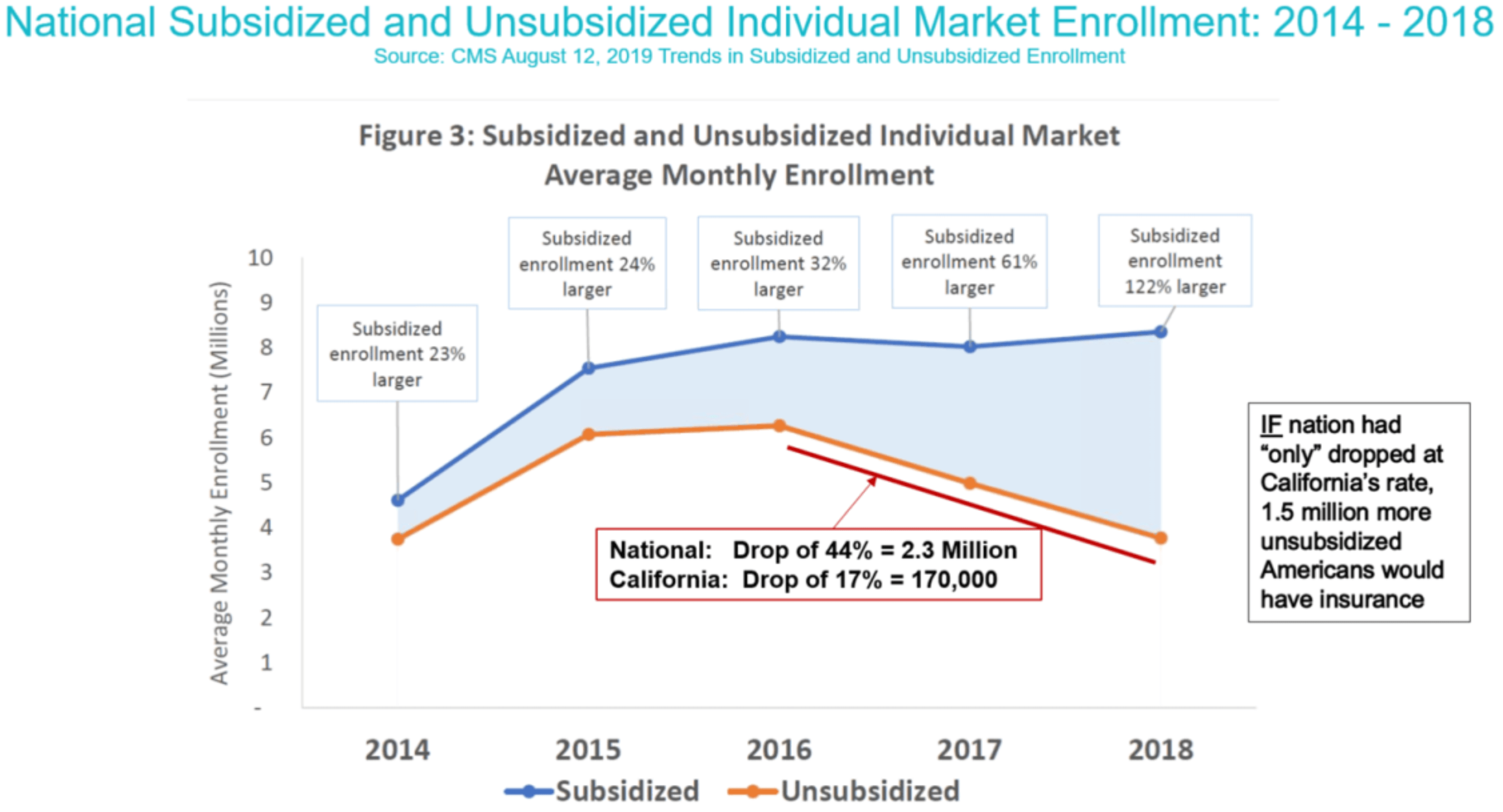 Governor Gavin Newsom has lead the way in shoring up the Affordable Care Act in California. New legislation will add increased subsidies and institute a penalty for uninsured Californians in 2020. With these changes, Covered California expects to continue to lead the way as the strongest exchange in the country.